A young man named Park Shi-On (Joo Won) has savant syndrome and a developmental disability. His mental age is that of a 10-year-old, but he becomes a paediatric surgeon. Meanwhile, Kim Do-Han (Joo Sang-Wook), who is the best paediatric surgeon, finds himself frequently in confrontation with Park Shi-On.

One day, Shi-On’s older brother makes a deal with the neighborhood kids. Shi-On and his older brother will enter a closed mine and bring out a bolt from there. In return, the kids will play with Shi-On. When Shi-On and his brother enters the mine, the mine collapses. Doctor Choi Woo-Seok (Cheon Ho-Jin), as part of the rescue team sent inside the mine, finds the brothers and tries to get them out. Only Shi-On is able to make it out alive. Since that time, Shi-On regularly visits Doctor Choi woo-Seok at the government run clinic where he works. Shi-On spends his time there reading medical books. Doctor Choi Woo-Seok quickly realizes that Shi-On has a special ability.

Years later, Shi-On travels to Seoul for the first time to receive training as a medical resident. As he arrives at the Seoul Station, a child is seriously injured by a piece of glass that falls from the ceiling. Shi-On has never practiced medicine before, but he is able to administer first aid from reading all those medical books. He then gets on the ambulance that takes the injured child and his mother to the hospital. Shi-On learns that the ambulance is going to Sungwon University Hospital, which is where he is supposed to receive resident training. He becomes relieved by the coincidence, because he is already late for his interview.

Meanwhile, Choi Woo-Seok, who is now the chief director at Sungwon University Hospital, attempts to convince the other directors to accept Shi-On for training. The group of directors are not happy about Shi-On. When Shi-On does not appear on time, they decide to turn him away for good. Shi-On, though, is right outside of the surgery room where the injured child is receiving surgery. In the emergency room, Do-Han (Joo Sang-Wook) and his team perform the surgery. After Shi-On learns that the surgery is a success, he goes to the meeting room, but only Doctor Choi Woo-Seok is there.

Choi Woo-Seok decides to take Shi-On to a restaurant, as he looks distraught from not being accepted as a resident at the hospital. While having lunch together, the TV at the restaurant shows footage of Shi-On performing first aid at the train station. Reporters wander the halls of Sungwon University Hospital looking for the doctor who performed the first aid. Because of the positive publicity from the incident, the group of directors at Sungwon University Hospital decide to accept Shi-On is a resident in training for a six month period. According to the terms of his contract if Shi-On makes trouble during the six month period, he will be kicked out of the program and Doctor Choi Woo-Seok will resign from his position as the chief director at the hospital. Dr. Do-Han becomes furious over the contract, because he views Choi Woo-Seok as almost like a father. He doesn’t want Choi Woo-Seok to lose his job because of Shi-On. Doctor Choi Woo-Seok though asks Do-Han to mentor Shi-On.

Shi-On goes to an apartment complex for hospital doctors where he will stay. When he sits down alone in the apartment, the apartment door opens and a woman enters. She eventually crashes on the bed. The woman is Yoon-Seo (Moon Chae-Won), a resident in pediatric surgery. She is completely drunk and entered the wrong apartment. Shi-On stands right next to the bed, watching Yoon-Seo sleep. 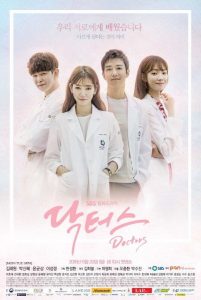 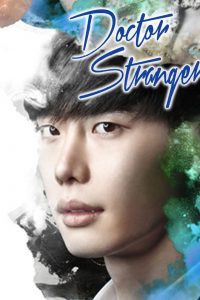 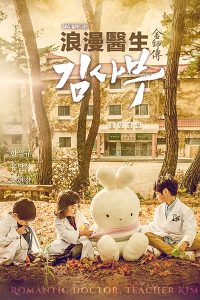 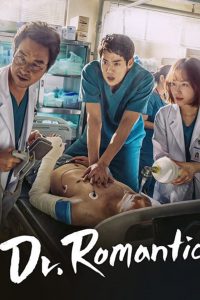 All of Us Are Dead S01 (Complete) | Korean Drama